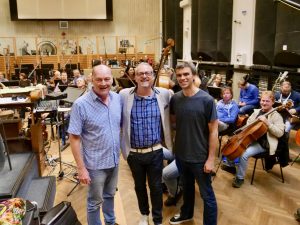 We scored 100 episodes of television in 2018 and a feature film so it’s fair to say it was a busy year. We’re just finishing up on a 40 part series for Netflix and ITV. Robozuna. season 3 of Jungle Book for Canal + and ZDF, 35 short films for Marvel including  their exciting new property, Marvel Rising. It is always particularly good fun having first crack at a new set of characters.  The feature documentary “Malcolm is a Little Unwell” is an extraordinary chronicle of one man’s decent into psychosis. Both profoundly moving and disturbing, it is a gritty and  honest portrayal of mental illness by BBC foreign correspondent Malcolm Brabant.